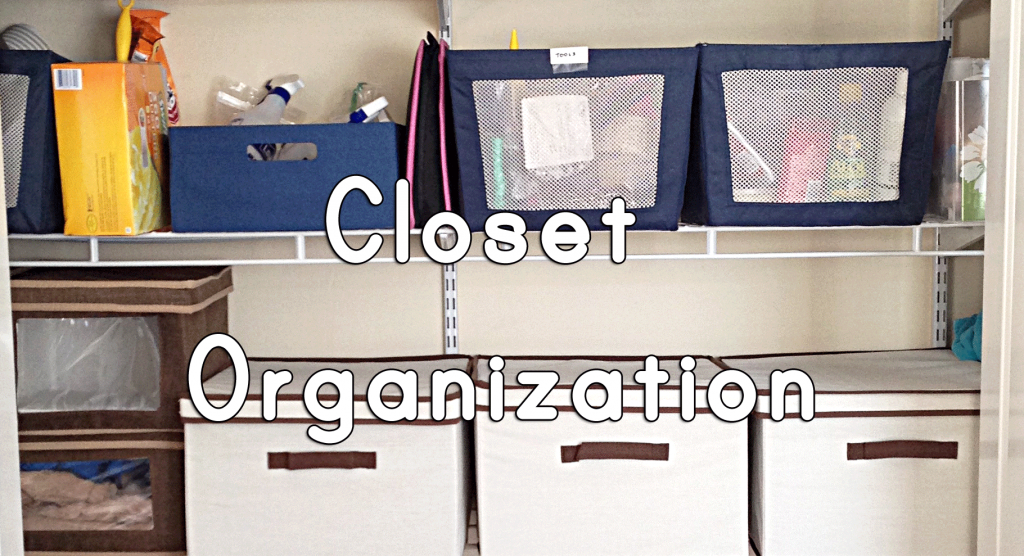 One of the awesome features of our apartment is a huge closet in the living room. It constitutes the majority of our random storage.

In the past few months I’ve really let it get out of order. Which means it’s time for a new fun project: reorganizing the big closet! 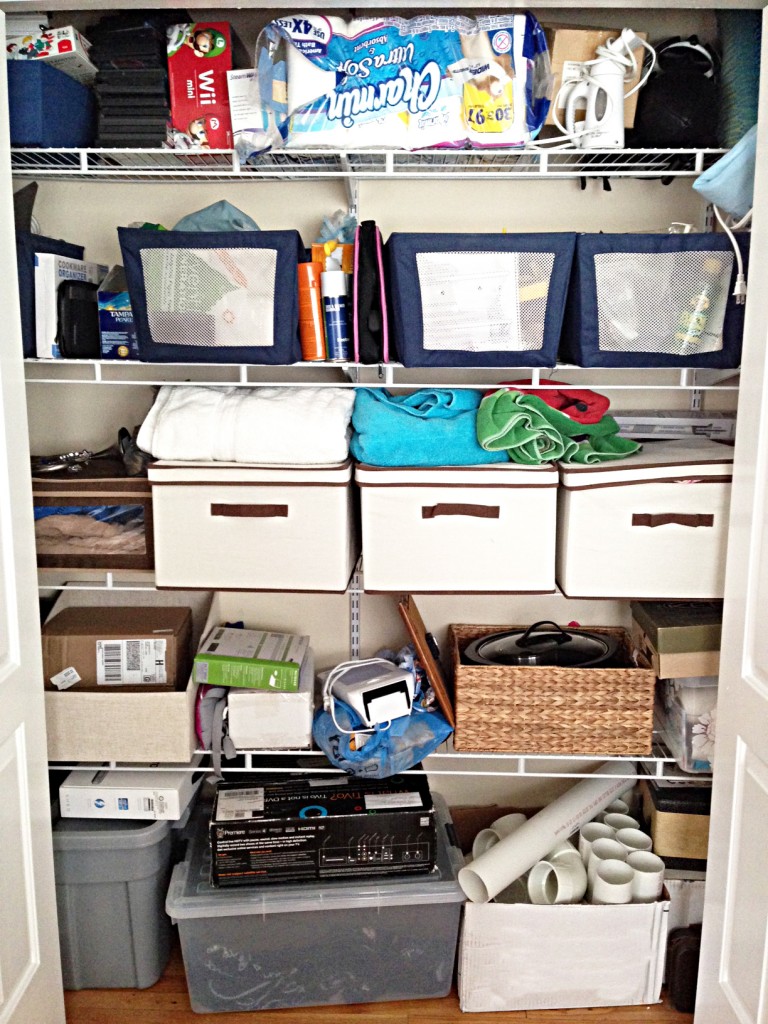 How did I let it get to this point?

First things first- we had to take everything out of the closet that wasn’t working. So that constituted the majority of the stuff in there. Pretty much everything but the boxes on the middle shelf. That way I could get an idea of everything that needed to go back in the closet and figure out a logical place for it. 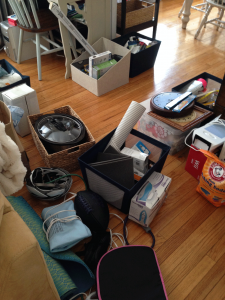 Everything out of the closet

We ended up lowering the shelf with the linens on it so we could stack some smaller boxes on the left. When I had originally picked them out I had measured the boxes and thought they would fit there, but I didn’t account for the space the shelf brackets took up. Lowering the shelf gave just enough room for those boxes to fit.

After reconfiguring the shelves, the next thing to do was figure out general categories for all the stuff. Some things are easy- tools, cosmetics, linens, etc. Other things are harder, like bike helmets, heating pads, and a crock pot that I was trying really hard to fit into a basket that was too small for it. I was eventually able to split everything into general categories. 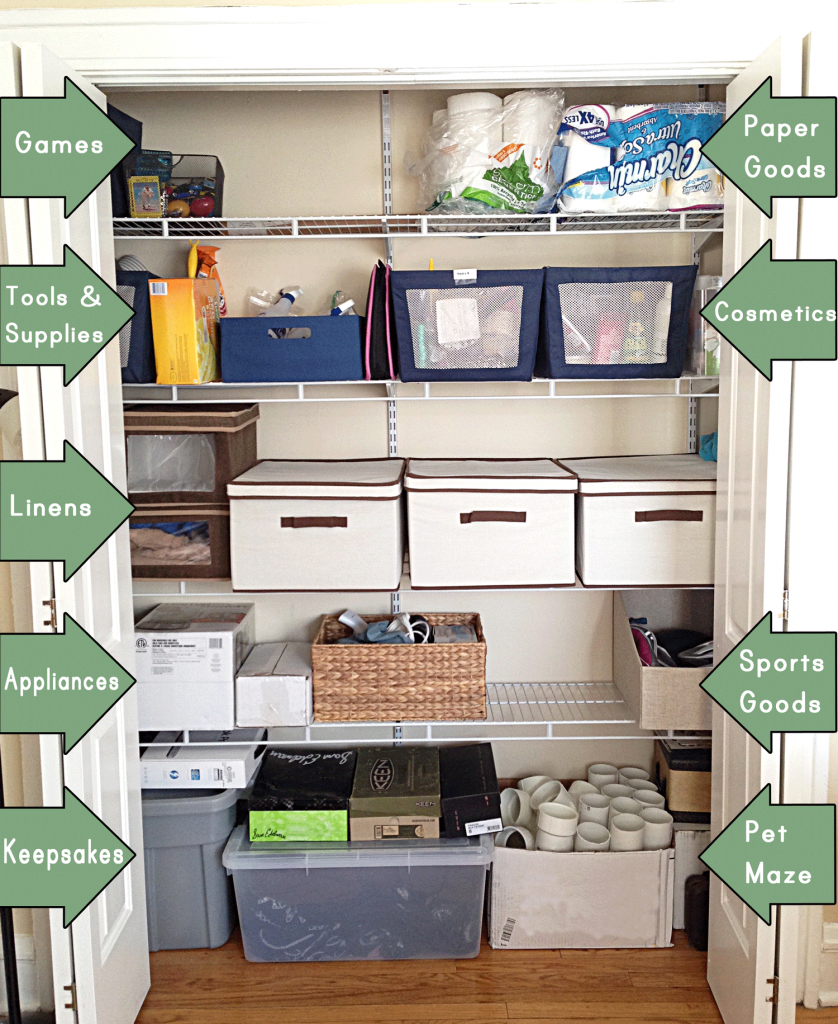 It’s always good to clean out big closets like this at least twice a year because you always end up stuffing things in there that you don’t know where to put. So we were able to put a bunch of the things we didn’t need anymore into our donation bin (which we keep in the guest room closet).

And the best part is- there is more empty space! So I can reconfigure some things in the rest of the apartment if I need to.

The key to keeping a closet like this tidy is having everything in boxes and bins. The loose items were what caused the mess before. And the bins make it easier to locate things, because similar items are grouped together. 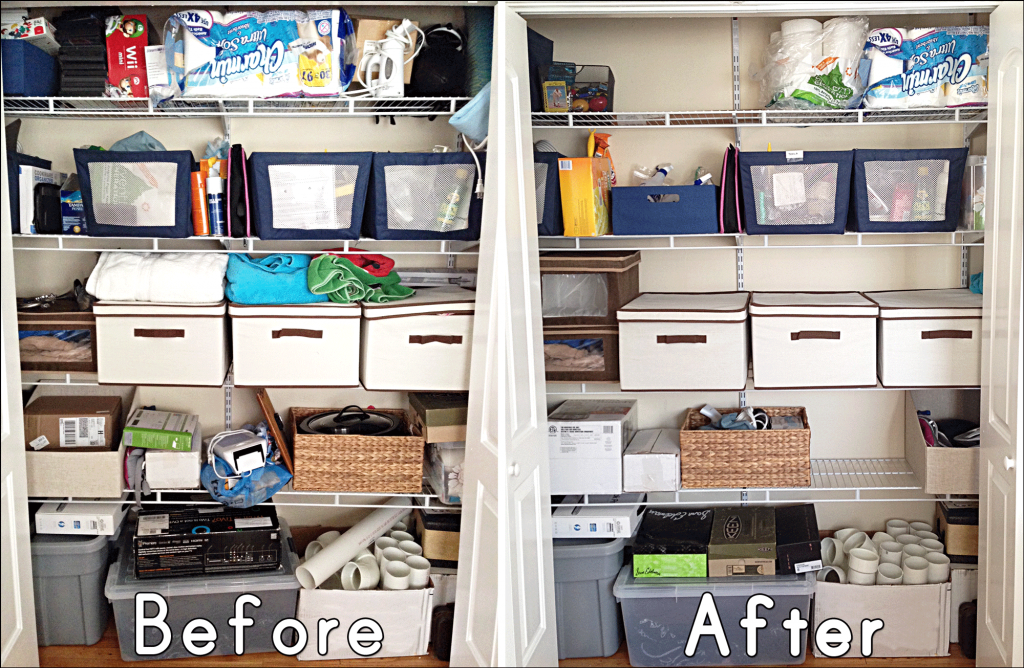 So there you go! We cleaned up the mess in the big closet. The whole thing took less than an hour. It still isn’t perfect, so until I get a few more bins and boxes, it will do.

What is your favorite organizing tip? Let me know in the comments!

« Do you know what’s in your medicine cabinet? 13 Ingredients to avoid when buying cosmetics
Paleo Coconut Curry Chicken »