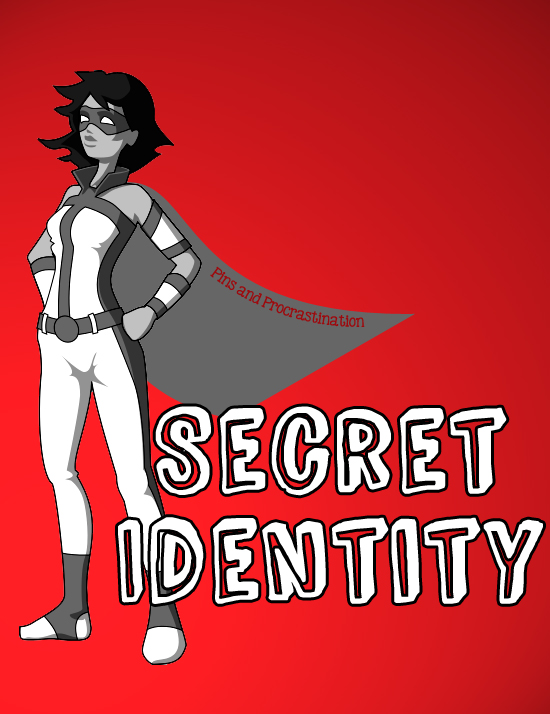 One of the things that I’ve learned in my life is that everyone has a struggle you wouldn’t know about from meeting them. Every person is going through their day, battling something that no one else knows about. And that is their secret identity.

I’ve talked on this blog several times about my own “secret identity,” or my struggle with the chronic illness Postural Orthostatic Tachycardia Syndrome (POTS). Well, I thought it would be good to showcase other awesome people with their own struggles. After all, everyone’s struggles are equally valid, important, and interesting to learn about. So I’m starting a new series called Secret Identity.

My goal with this series is to remind people of a few things. First, don’t be quick to judge. You don’t know what someone has been through or is currently dealing with. Second, be empathetic, because we are all human beings. Third, you never know everything. There is more than meets the eye. And fourth, you aren’t alone. Everyone else struggles too.

So, this is my first secret identity post. I’m here to tell you the story of Sammie Virella. 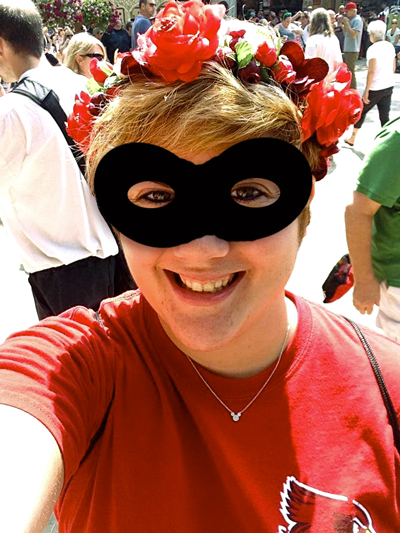 To the outside world, Sammie Virella is an active college student. In between biology classes she is an active member of the marching band (or Big Red Marching Machine, as they call it) at Illinois State University. She is an avid reader and fan of young adult fantasy and was into every popular series before you had ever heard of it. So, if she recommends a book to you, it will probably be a movie in about 2 years. You may have noticed that Sammie does miss a bit more class than the average student. She is one of the silliest and most outgoing people you could ever meet, so you probably notice when she’s gone.

What most people don’t know is that Sammie suffers from a myriad of chronic health problems. She has a rare genetic heart condition, chronic migraines, and fibromyalgia, just to name a few. She has gone through countless surgeries including getting her gallbladder removed, a heart ablation, getting her tonsils out (TWICE- they grew back!), and a few others. She is in and out of school, often spending time in the hospital or at home to be closer to her doctors.

If you saw Sammie on the street, you would probably think she is like any other college student, overworked and sleep deprived. While that may be true, the dark circles under her eyes don’t even begin to tell the story of her struggle.

Sammie started getting migraines at the age of 6. As a baby, she already had some issues with her nervous system, and would spontaneously forget to breathe. As a teenager she suffered from numerous migraines, concussions, digestive issues, heart issues- you name it, she’s lived through it. Through all her health issues and roads to diagnoses, she maintained a mostly normal and active school and social life.

Sammie can’t remember what it feels like not to be in pain. She is ALWAYS pushing through the pain to accomplish everything from small daily tasks like brushing her teeth to bigger activities like hours long biology study sessions.

All this takes a toll on your body and mind. Sammie has struggled with depression all throughout college. Missing out on her favorite things has been more than difficult, it has left a permanent mark. Sammie can no longer play water polo because of the risk of head injuries, and she has recently taken a step back from college marching band to focus on her studies. These are her passions; they help her keep going. Missing them feels like missing a part of herself.

Sammie is incredibly strong. She does everything she can while pushing through pain and depression. Despite all she has been through, she does her best to stay hopeful and optimistic. And no matter how bad she feels she is always the first to try to cheer up a friend or look out for others.

Sammie is bright, brilliant, and a wonderful person with a big heart. In her own words, she describes the takeaway from her struggle:

Not everyone has medical issues, but everyone has something. Whether it be family issues, friend issues, failing a class, not getting your dream job, etc., everyone has an issue that they are fighting with everyday. Nobody’s perfect. We all have struggle that we have to get through everyday.

I couldn’t have put it better myself.