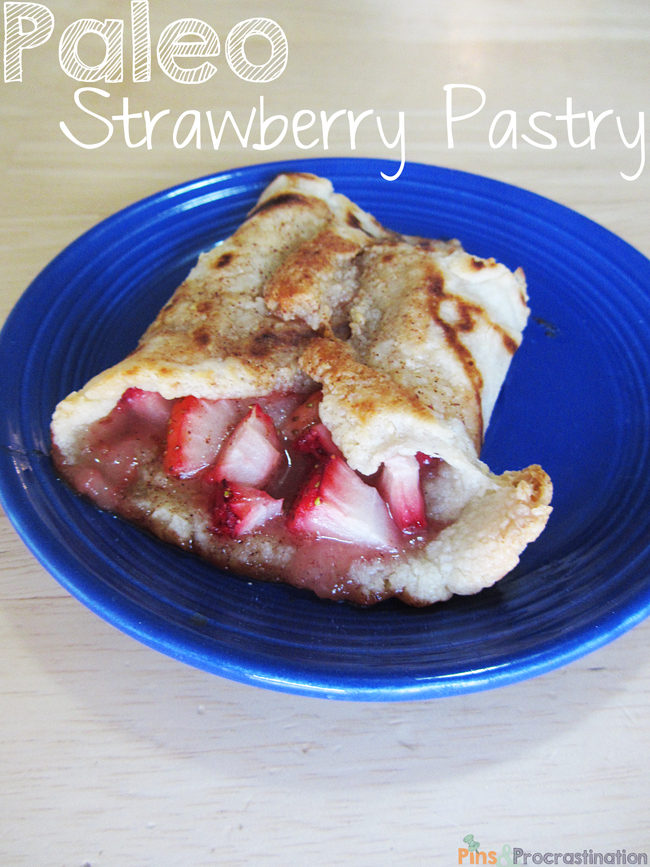 So I invented this dessert while writing my post on Top Ten Uses for Three Ingredient Paleo Naan. I thought that it might be awesome because three ingredient paleo naan is so simple and delicious and versatile, so I just tried it out. And it was even more amazing than I could have expected.

Seriously, how can something only sweetened with a small amount of honey be so amazing? It’s because strawberries are amazing. And so is coconut oil. And coconut milk. And when they all come together in this recipe they make magic.

If you need an easy paleo dessert that will give you a lot of taste for not too much effort, this is the recipe for you. 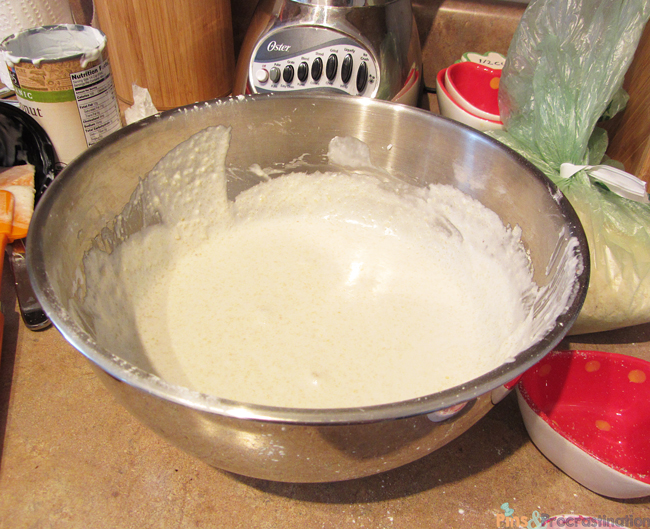 First, you mix the ingredients for the pastry crust- the coconut milk, tapioca starch, and almond flour. 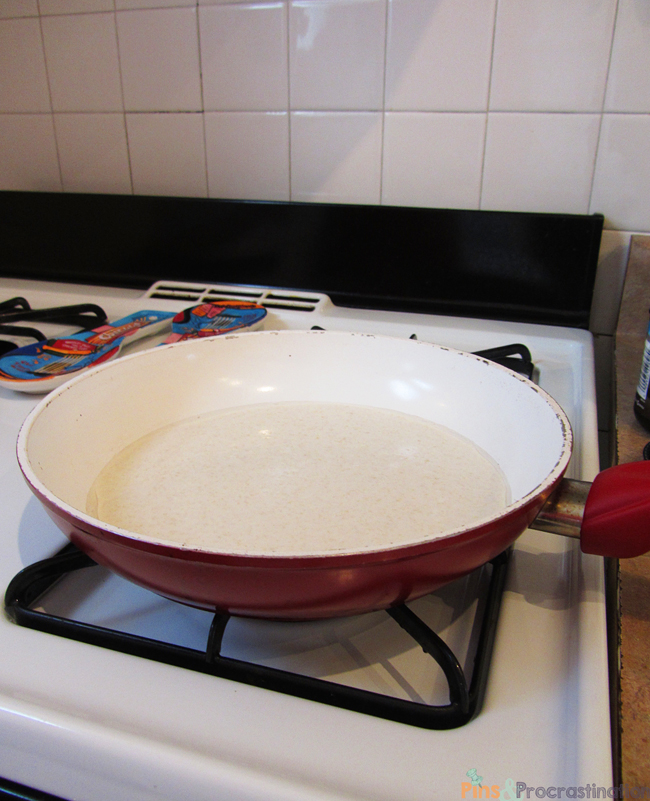 Then start cooking the naan on low-medium heat in a frying pan greased with coconut oil. Cook it only half way through.

While the naan is cooking in the pan, cut up the strawberries into small pieces and grease a cookie sheet with coconut oil. (You could also use parchment paper instead of coconut oil). 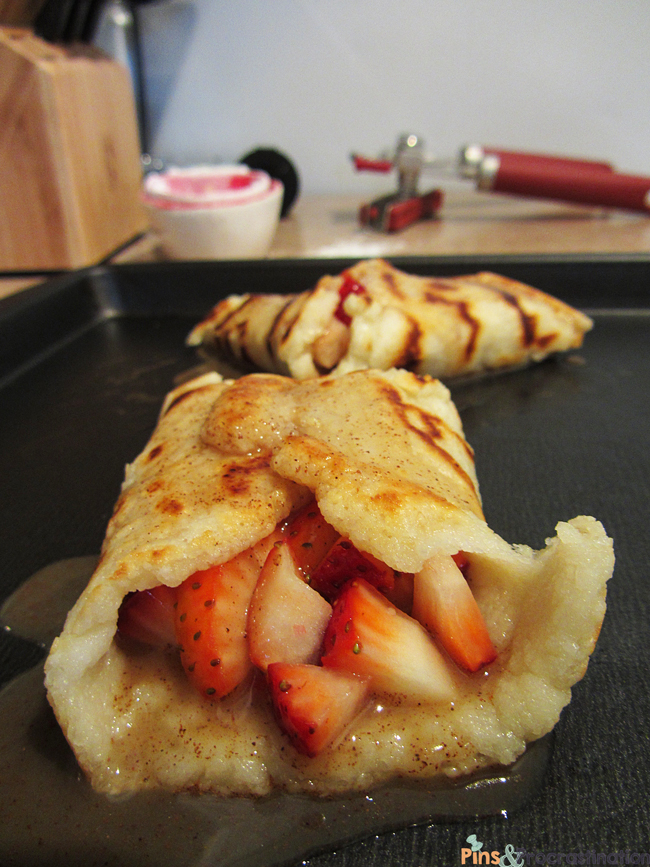 Cut the naan in half, with the cooked side facing down. Add strawberries and roll up into your desired shape. Add glaze, and make sure some gets on top and inside of the pastry. Then cook! And that’s all it takes. 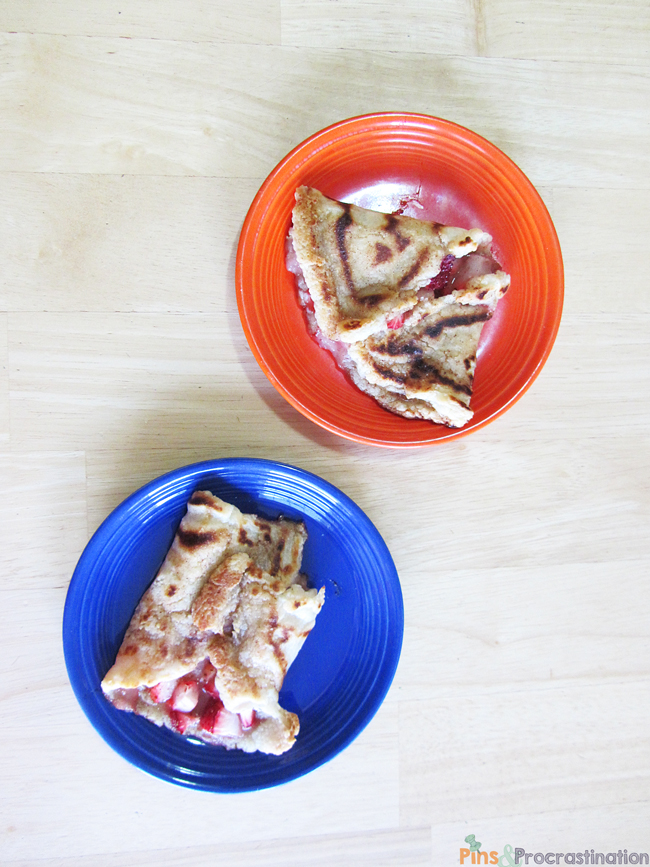 Aren’t they beautiful? They taste even better than they look, if you can believe it.

Here is the full recipe:

For the pastry dough: 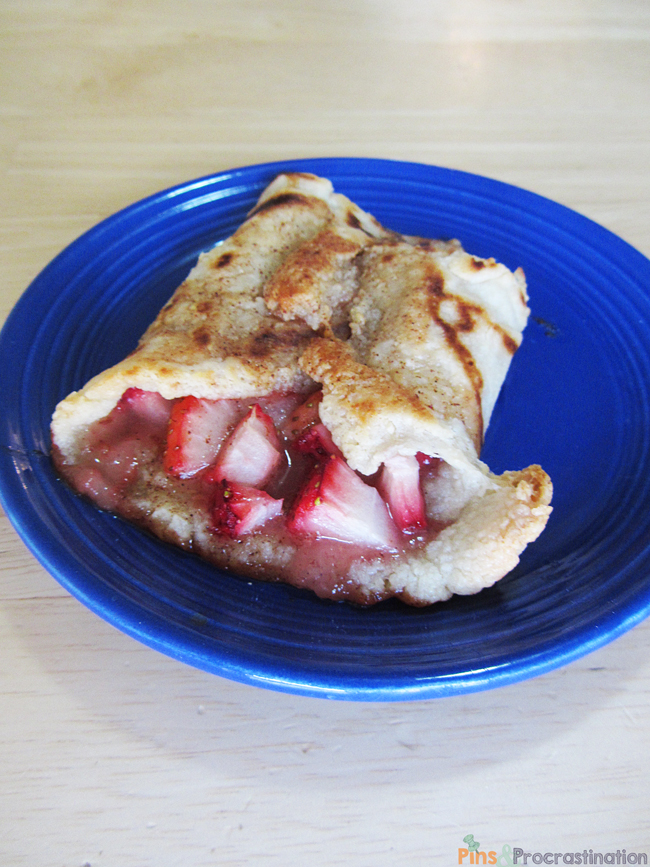 Yum. My mouth is watering looking at this picture. And my stomach is starting to growl. I should go make some more of these.

You could also try making these with different fillings- any other fruit or even chocolate or nutella. That sounds crazy amazing. My mouth is watering all over again. I need to go eat something. And then make some more of these pastries.